Couples Coaching Couples (CCC) Ambassadors are recognized by the National Board of Directors of CCC for their sustained vision, courageous commitment, shared passion, and extraordinary service.

Mission Statement – Who we are:

Purpose – What we do:

In 2006 Couples Coaching Couples (CCC) gave the inaugural Hartfield-Mendez Lifetime Service Award, named after and presented to Vialla Hartfield-Mendez and Hugo Mendez, founders of CCC, for their years of generosity and dedication. This is an award generated prior to, and in the same spirit of the Ambassador Awards and are presented during national conventions to couples who have contributed over the years to having CCC thrive and grow. 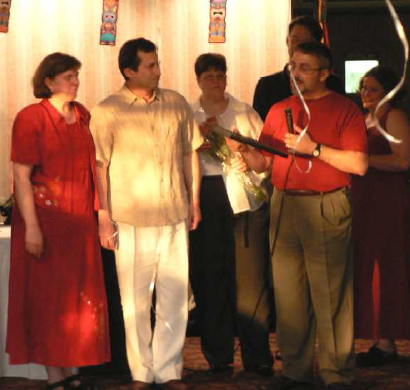